True to form, activity picked up in September after summer "unofficially" ended around Labor Day.  It hasn't been a barn burner of a month by any means, but it was nice to see open houses get busier and some inventory get sold.  The sales will become more obvious in the stats after this month, but for now, we'll look at how September looks compared with prior months.

These charts are for King and Snohomish Counties, combined…  Active listings declined almost 1% from August, but still up 8% from last year.  Closed sales decreased 12% from August and 30% from last September.  But, Pending sales continued its slow march upward by 8% from August.  That is still 15% lighter than last year, however. 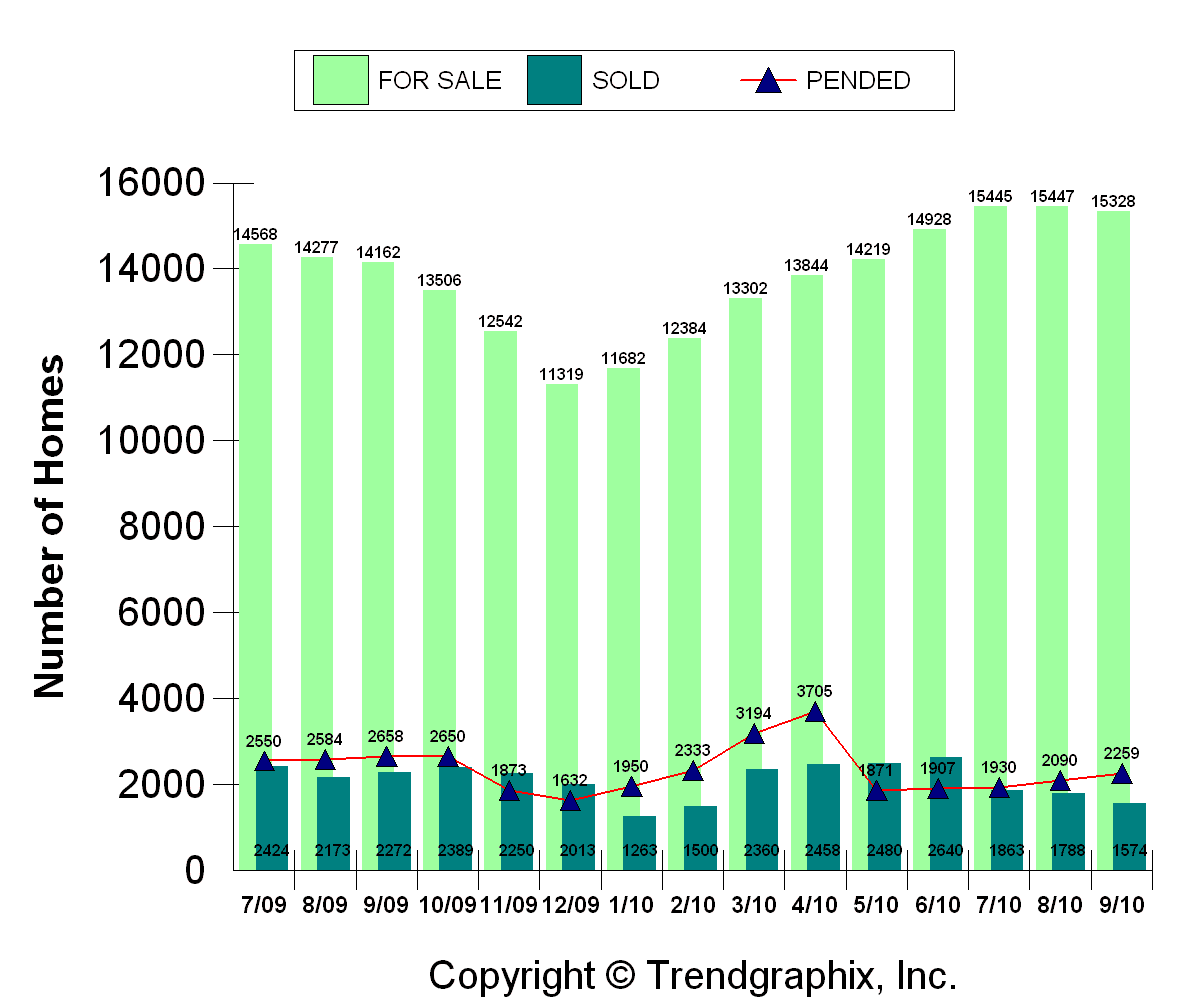 Prices held fairly steady at $423,000 and $190/sqft which is about where we were last year at this time.  Stability is good and I think it will continue for a while.  I think the most interesting thing on this chart is the steady decline in "active" listing prices.  Sellers are getting more and more realistic on expectations and that has nicely narrowed the gap between what buyers want to pay and what sellers are willing to accept. 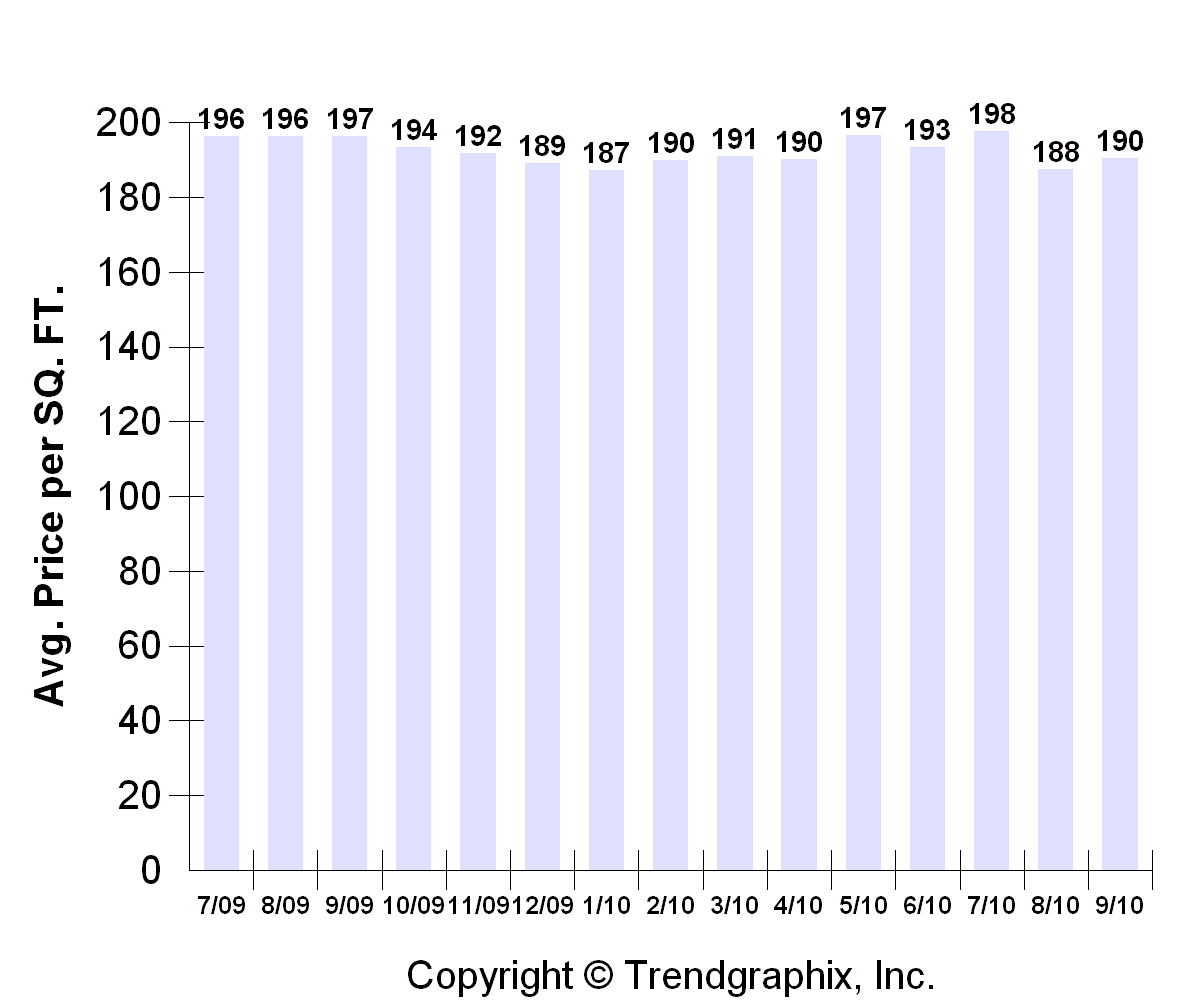 This chart shows that the Days on Market also held steady from August at an average of 101 days.  The Sold Price as a percentage of List Price did decline slightly to 91% which is equal to the low point over the last 15 months. 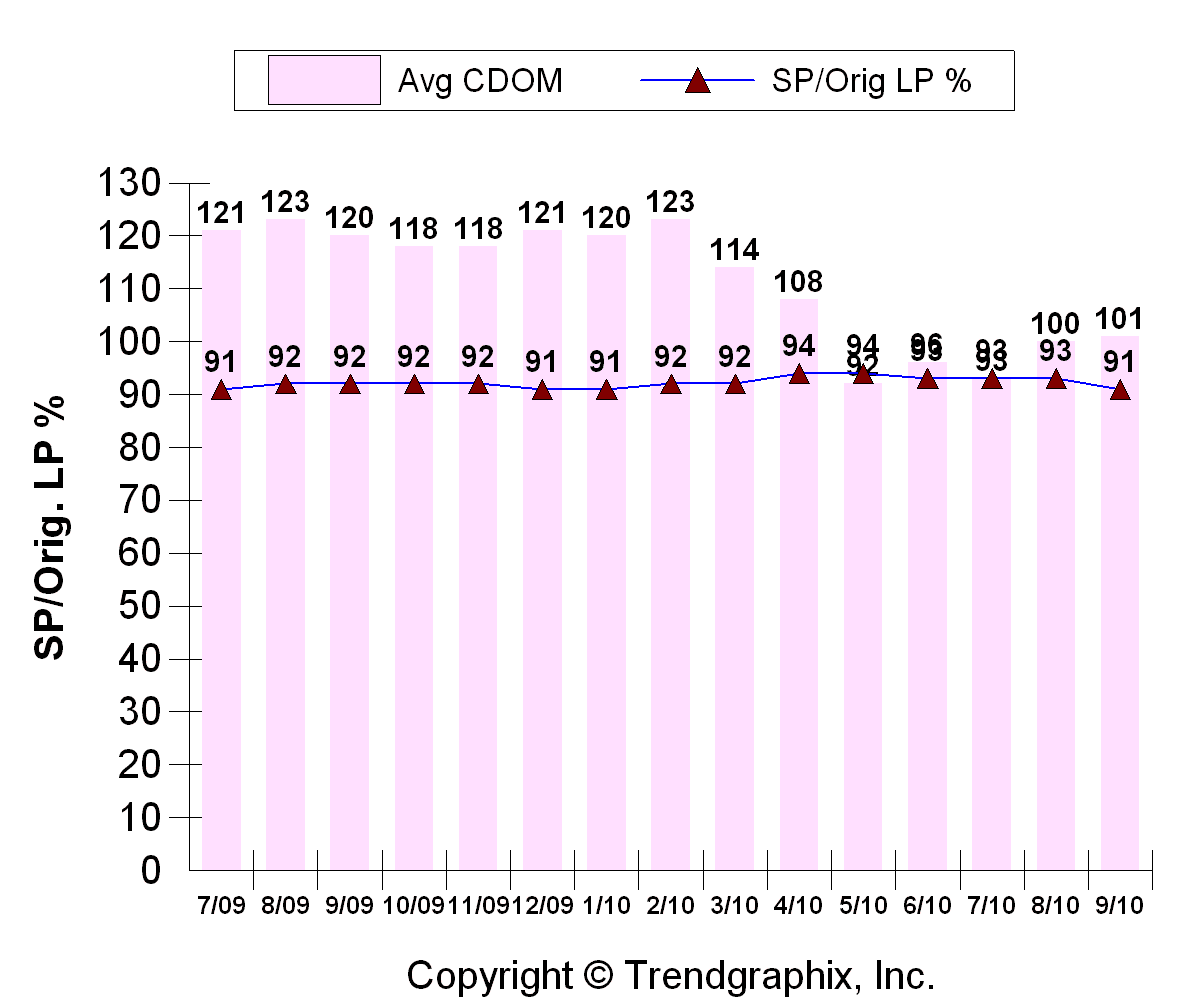 The "Months of Inventory" is back at a new recent high of 9.7 months of inventory.  That is not very good, but on the bright side, if you were to look at this chart based on Pending sales instead of Closed sales, the inventory has declined and is not at a new high.  So, let's look at this again after October has finished and see if this month's closings make a significant difference here. 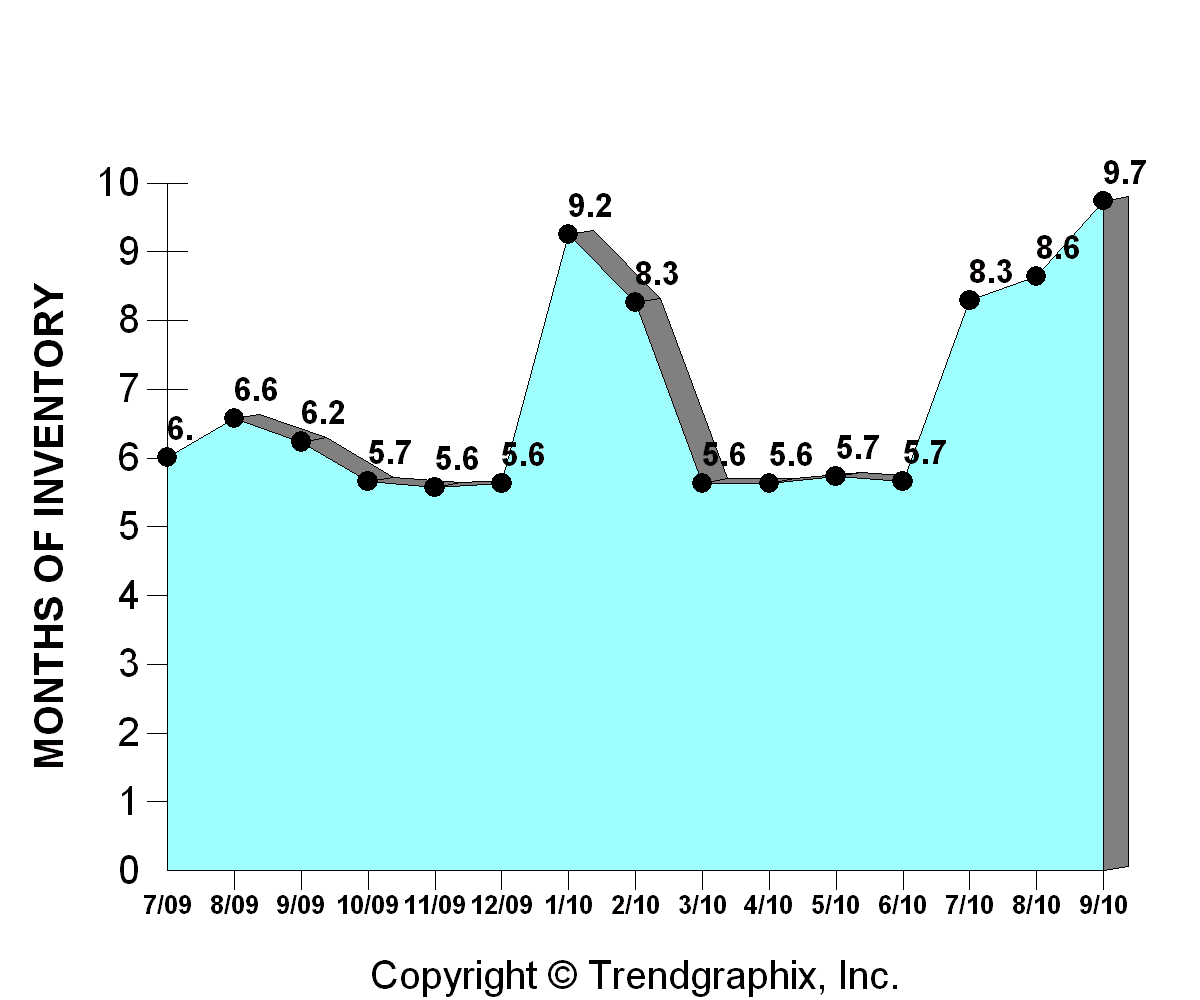 To conclude, it's more of the same in a lot of ways as far as the data goes:  steady prices, lots of inventory, etc.  But, market activity has definitely increased over the last month so we'll see how much of a dent it will make in the stats after October is over and before we head into the slower holiday months.