I hope everyone enjoyed our beautiful Pacific Northwest summer! While I've been able to enjoy some of it myself, I've also stayed very busy as the housing market continued to be strong over these past two months. I thought it might be a good time for a market update so below you will find a few data charts for King and Snohomish Counties combined. These charts are a good representation of what's going on in north King and south Snohomish Counties including cities like Lake Forest Park, Kenmore, Shoreline, Bothell, Brier, Mountlake Terrace, and Edmonds. 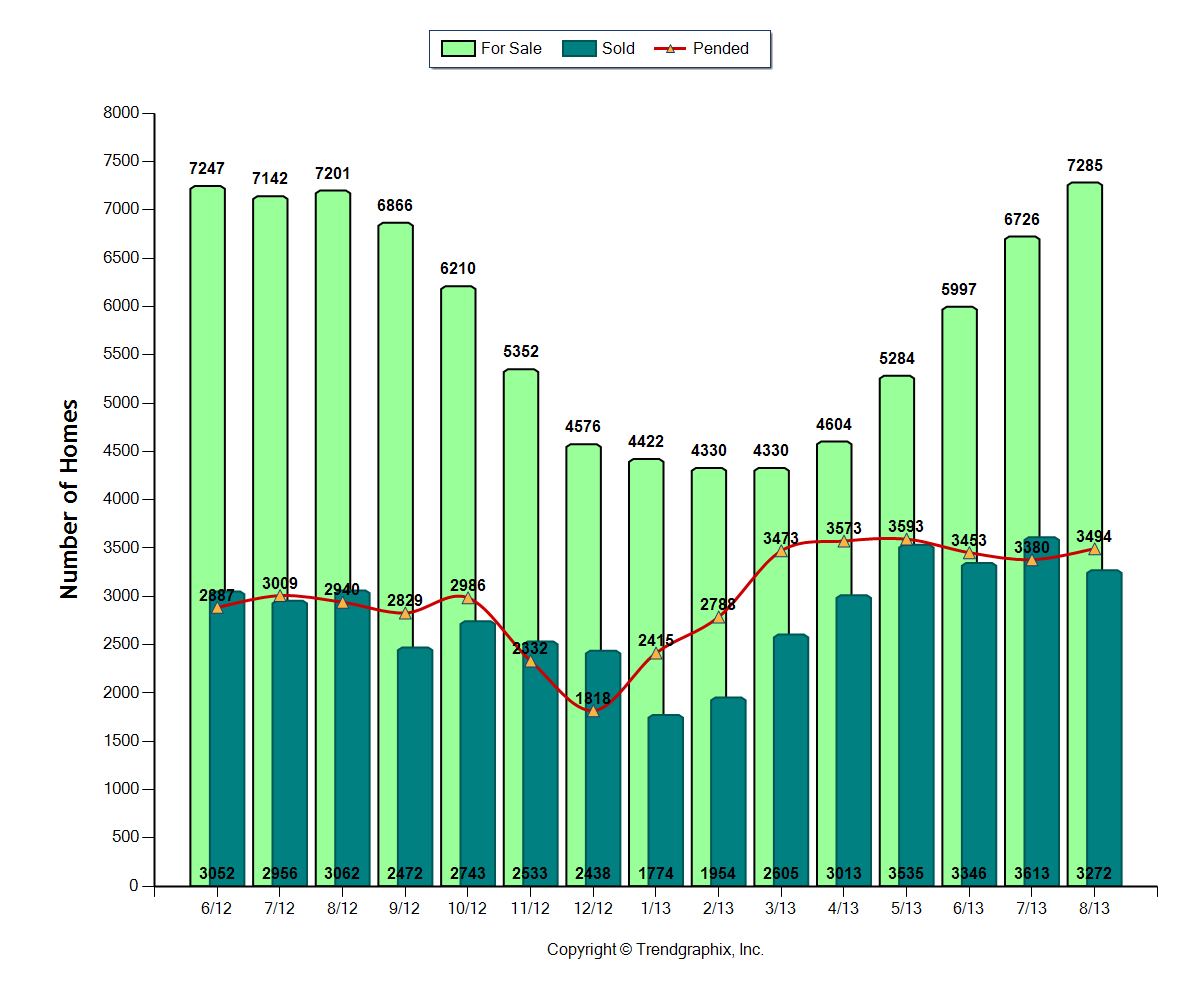 The inventory of active homes for sale is finally higher than at any point last spring or summer. However, it is still historically low at only 2.2 "months of inventory" which means it technically remains a seller's market. New listings and closed sales fell off a bit compared with July, but pending sales (homes placed under contract) did increase slightly from last month. 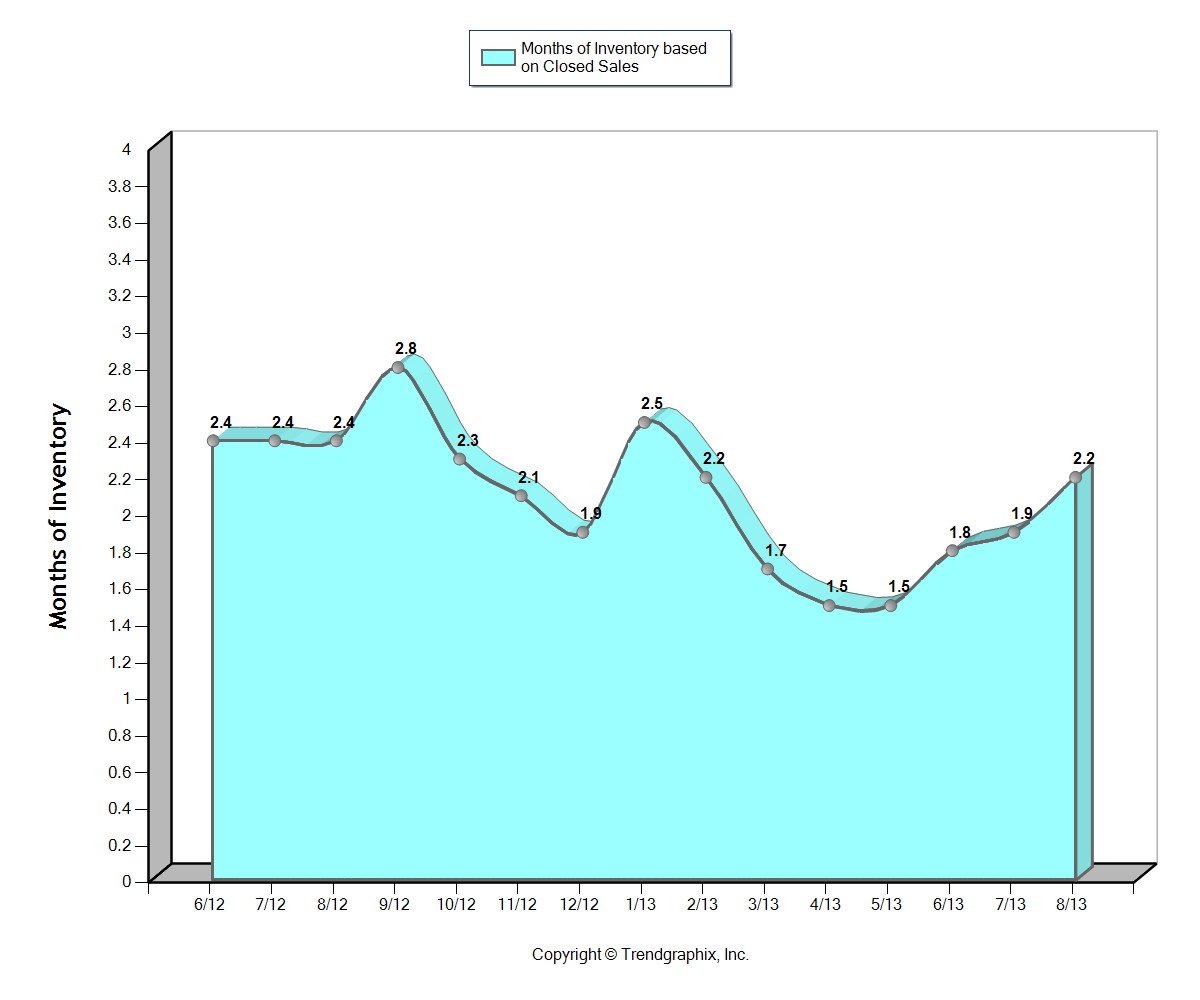 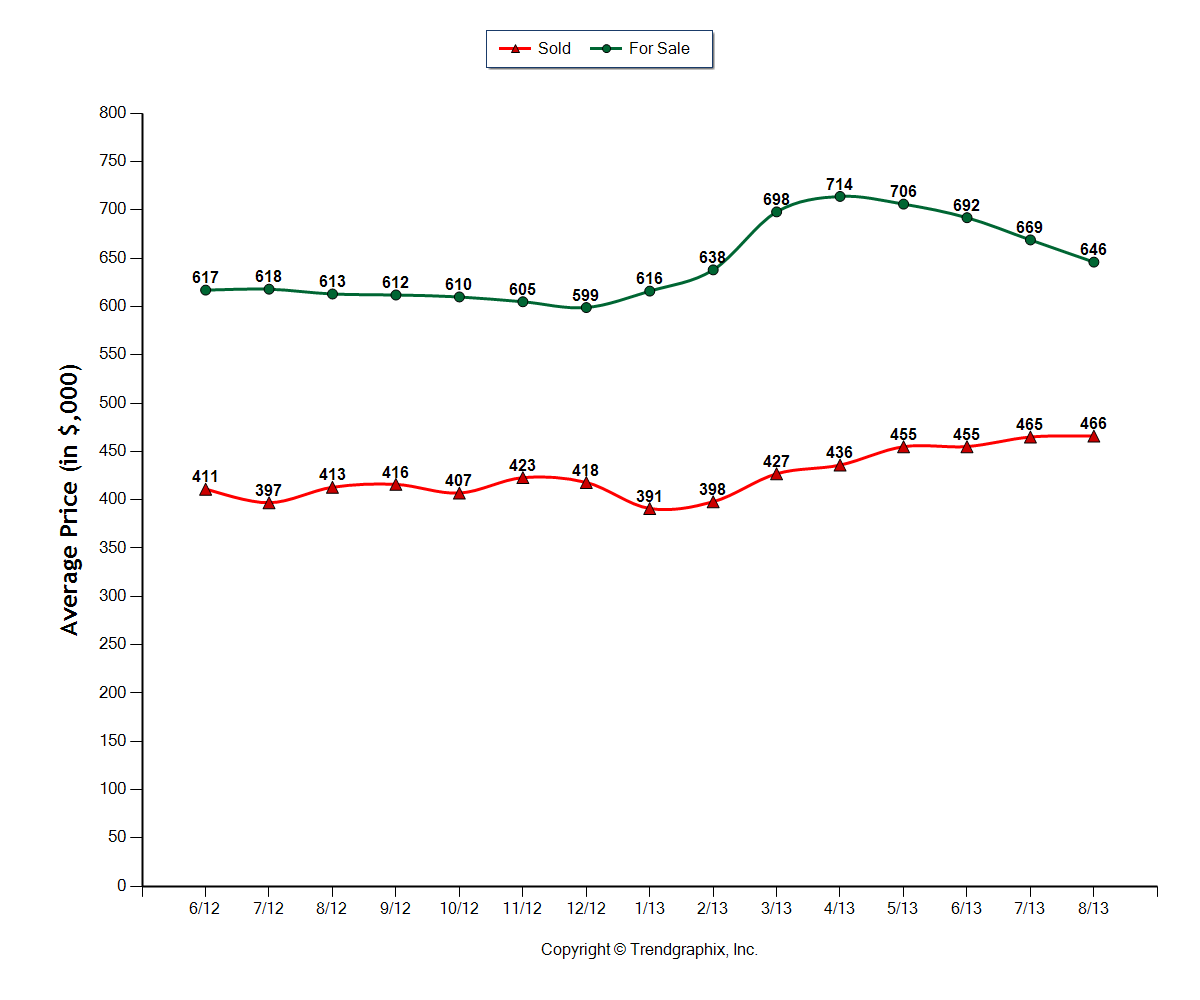 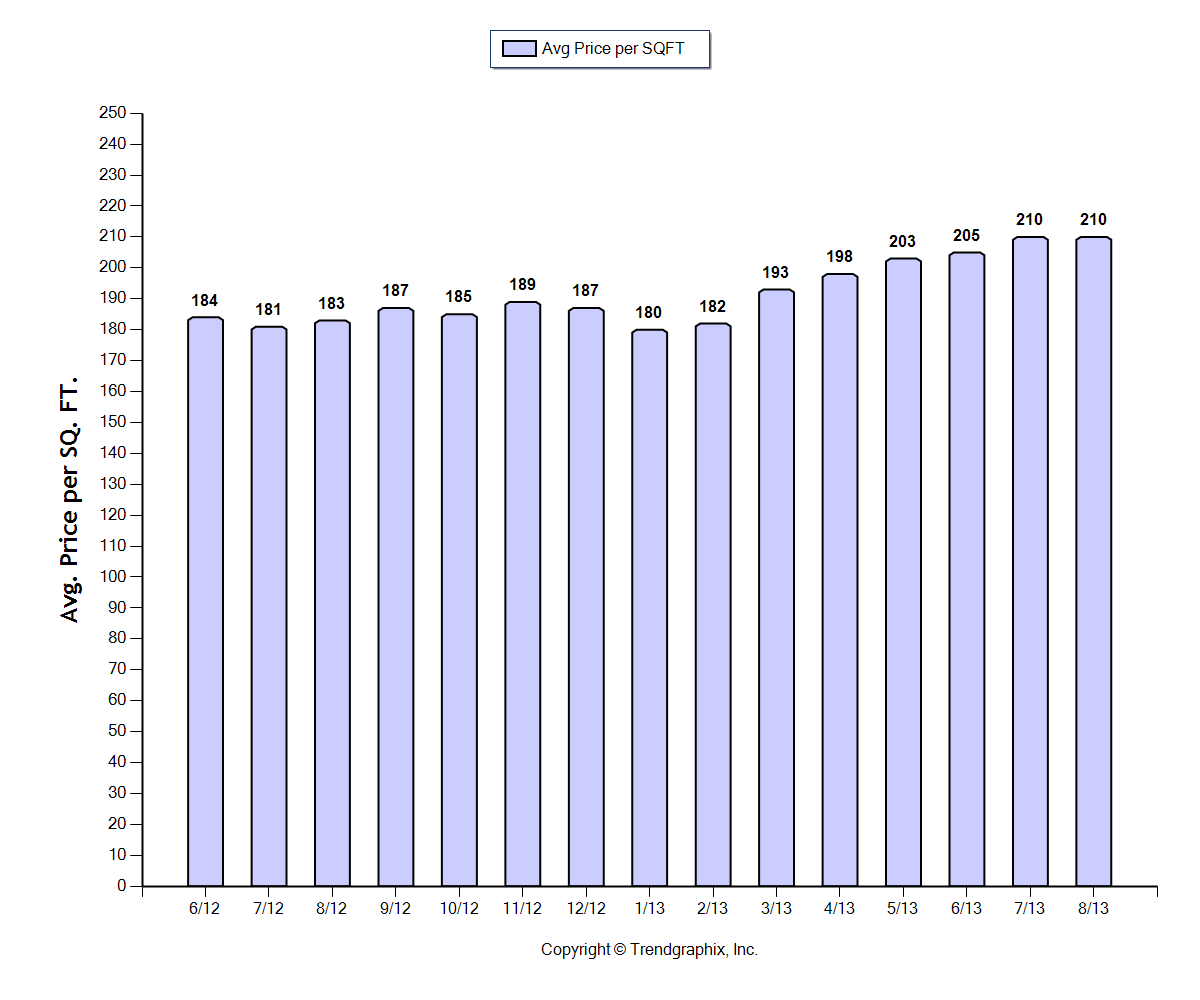 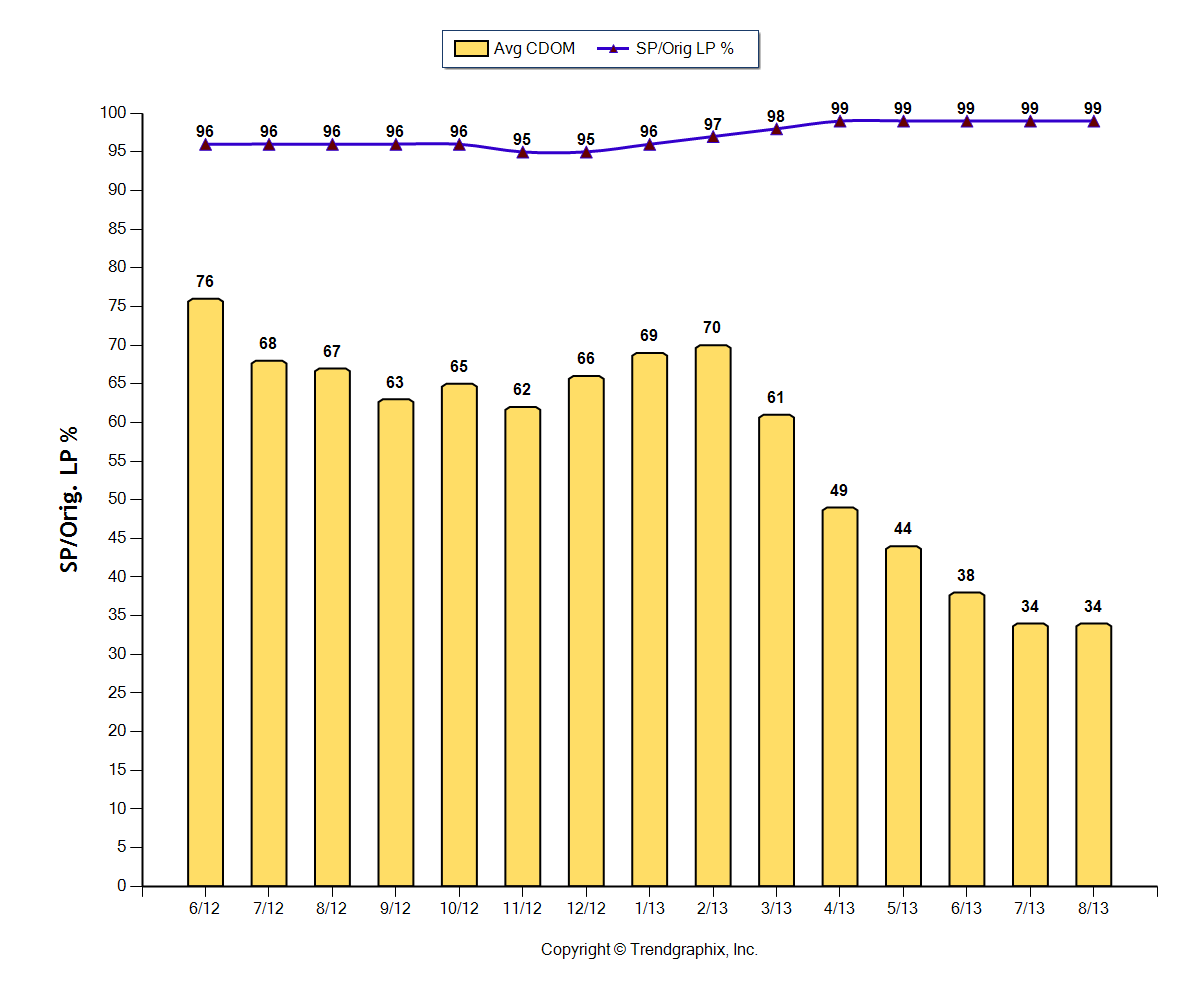 This graph shows the pop up in months of inventory to back over 2 months. Will it stay there or fall back down like it did last year going into the fall months?

Sold prices have appreciated very slightly from July to an Average of $466,000. This is up 12.8% compared to last August. More interesting is that the average Active asking price is coming down into more reasonable territory after a somewhat irrational exuberance by some sellers in the spring.

The average selling price as a percentage of the original listing price is holding steady at 99%. There are still many multiple offer situations but that trend is cooling a bit.

The average consecutive days on market remains steady as well at 34 days.

To conclude, the market is still very strong, although it did level off in the late summer. The early fall months typically bring a new crop of buyers and sellers out who want to make a move before the holidays and the end of the year. It'll be interesting to see if that trend holds true once more. Stay tuned!

Related Articles
Buyer Tips How Rising Rates Affect Home Affordability Happy almost spring! As far as I’m concerned, it can’t come soon enough! In this post, I thought I would talk a little about mortgage interest rates and how, as rates rise, affordability decreases. Rates for a 30 year fixed mortgage are currently hovering around 4.32%. In the first quarter of 2013, the same 30 year […]
Listings Rational Exuberance? Is the housing market in a state of rational exuberance? Since the beginning of this year, activity, sentiment, and even prices, have taken a turn for the better. And it does seem that a solid case can be made that the housing market finally bottomed in late 2011 into the beginning of 2012. BUT, let’s not get too far ahead […]
Real Estate Stats and Trends More Support for a Housing Turnaround The latest NW Multiple Listing Service press release title says that the “Western Washington housing market is energized and showing signs of a definite turnaround.” You can read the entire release here. One big fact given is that the year-over-year change in selling prices was positive for the first time in four years! It was a modest […]