As I've mentioned many times, we have been fairly flat as far as prices go for over a year now.  Well, average prices did hit a new low in November.  For King and Snohomish Counties combined, the average price now stands at $398,000 and the average price per square foot is $183.  These levels are just slightly less than the initial low hit in March '09 and match the levels we were at in early 2005.

Active listings, pending sales, and closed sales all dropped in November which is common and expected at this time of the year.  Average Days On Market is about the same as last month at 109 days and the Months of Inventory is also holding near its highs at 8.9 months.

Check back at the beginning of January for December stats and I will also give longer term charts to show the market trend over the past 5+ years. 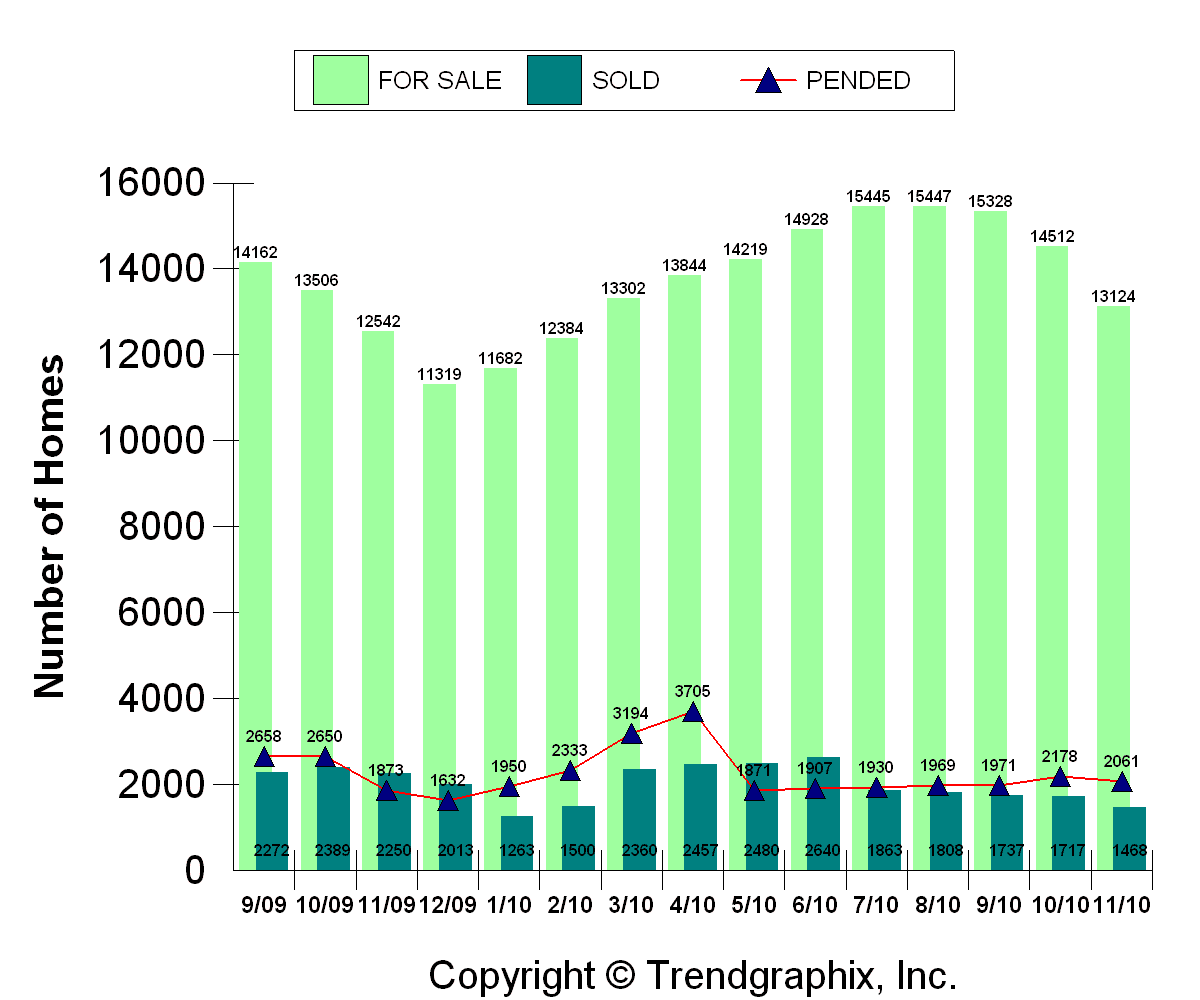 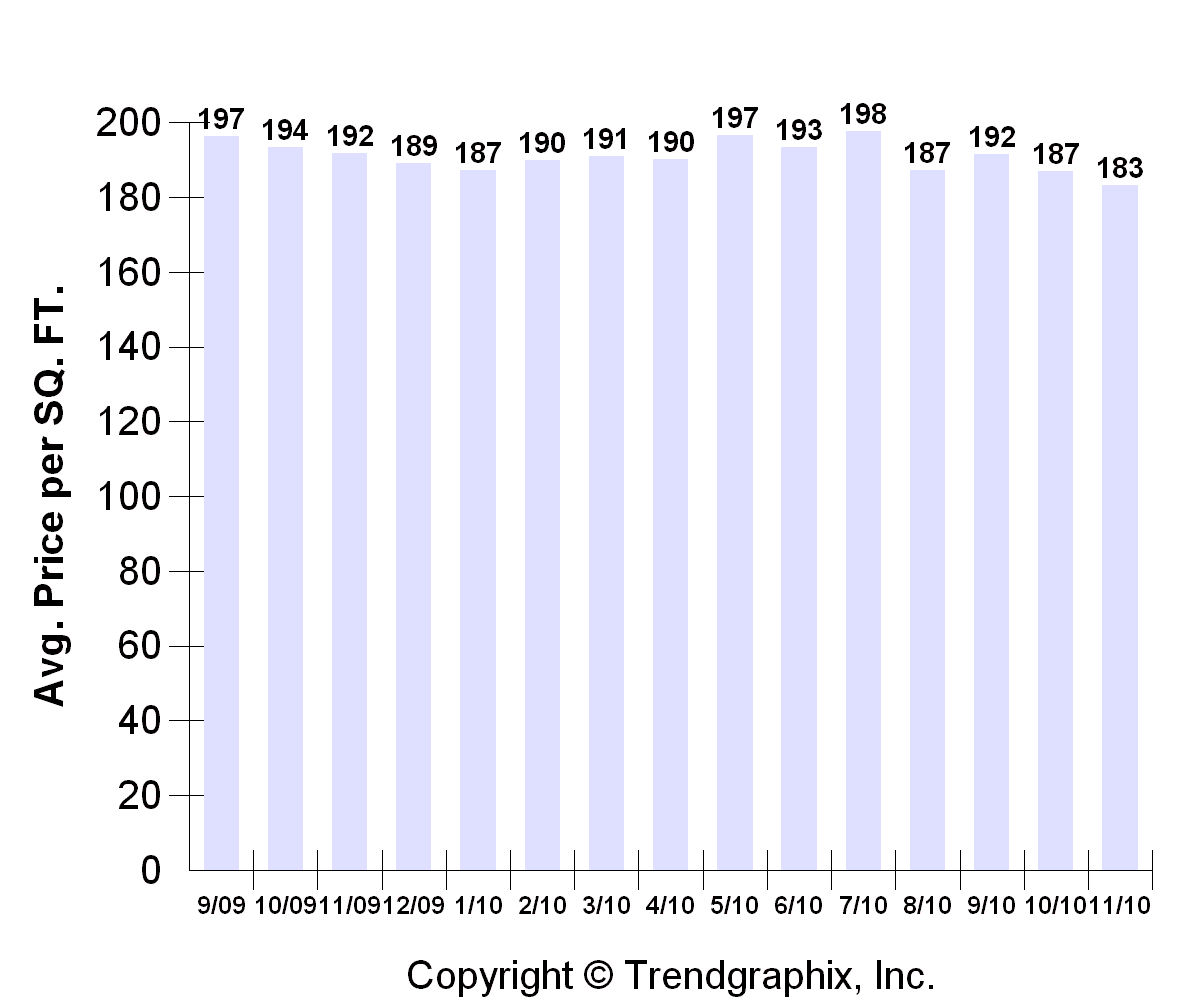 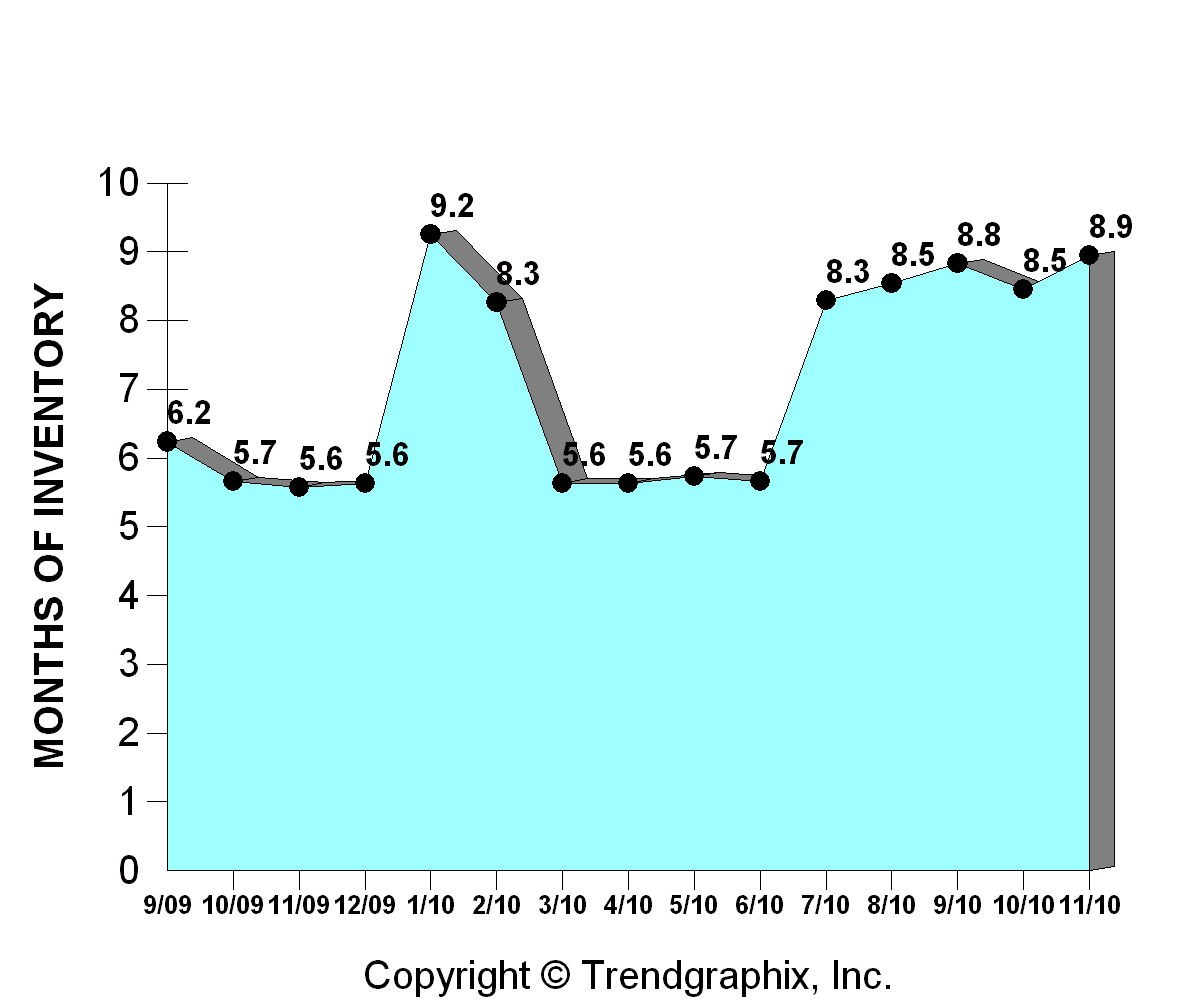