June stats are out and while we're still seeing some sogginess with pending sales after the end of the tax credit, they did tick up slightly in June after they deflated in May.  While sold and pending sales went up slightly from last month, so did new listings.  We have more active listings currently than we did in any month last year.  So, it will important that the number of buyers also increase so that inventory doesn't get way out of balance again, which could be a contributing factor that would put pressure on prices. 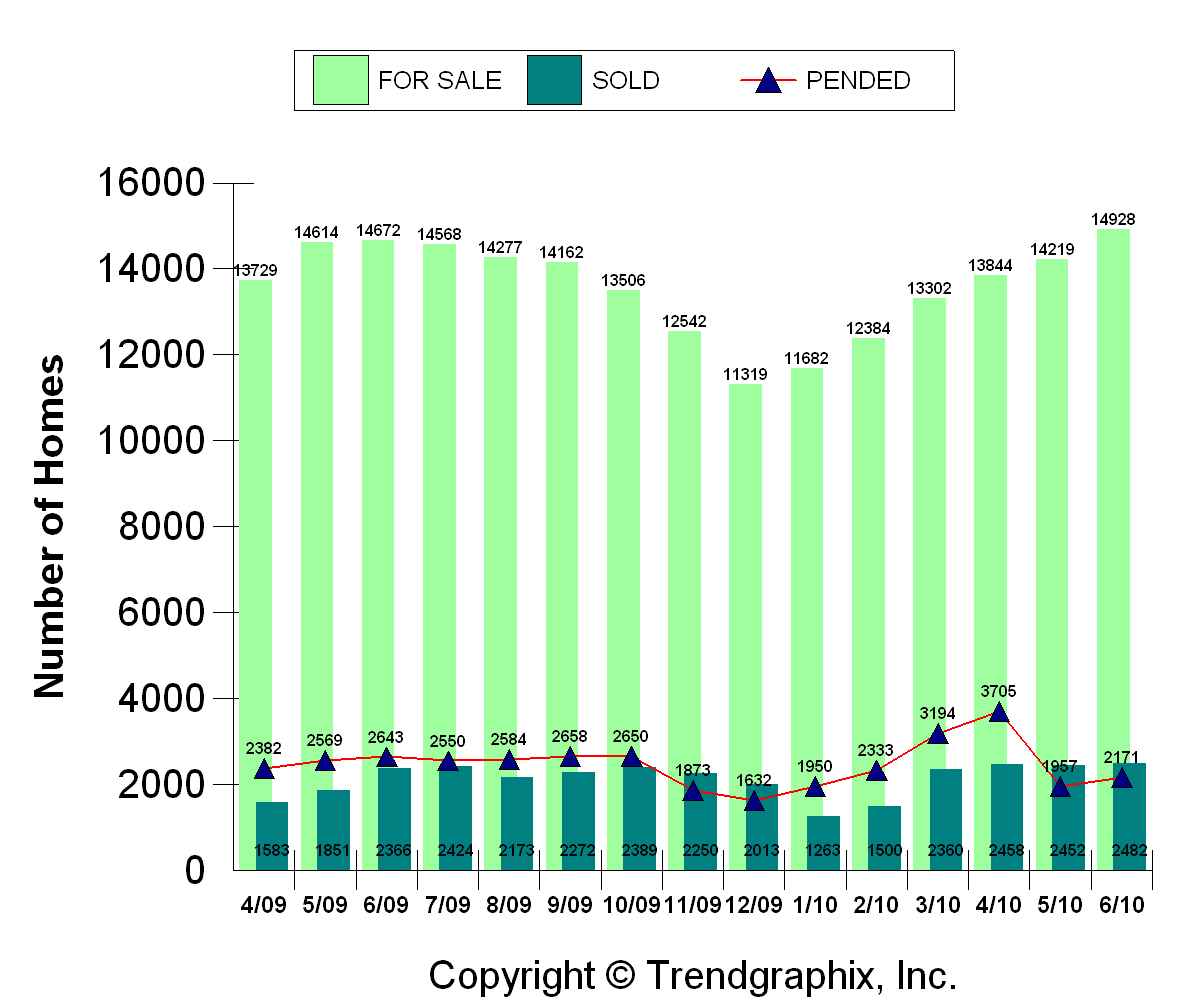 Prices have held up quite nicely, holding fairly steady for the past year.  Listing prices have come down over 15% in the past year, which is really helping to narrow the gap between what sellers want to sell for and what buyers want to pay.

For King and Snohomish Counties combined, the average sales price in June was $433,000 and an average of $194 per square foot. 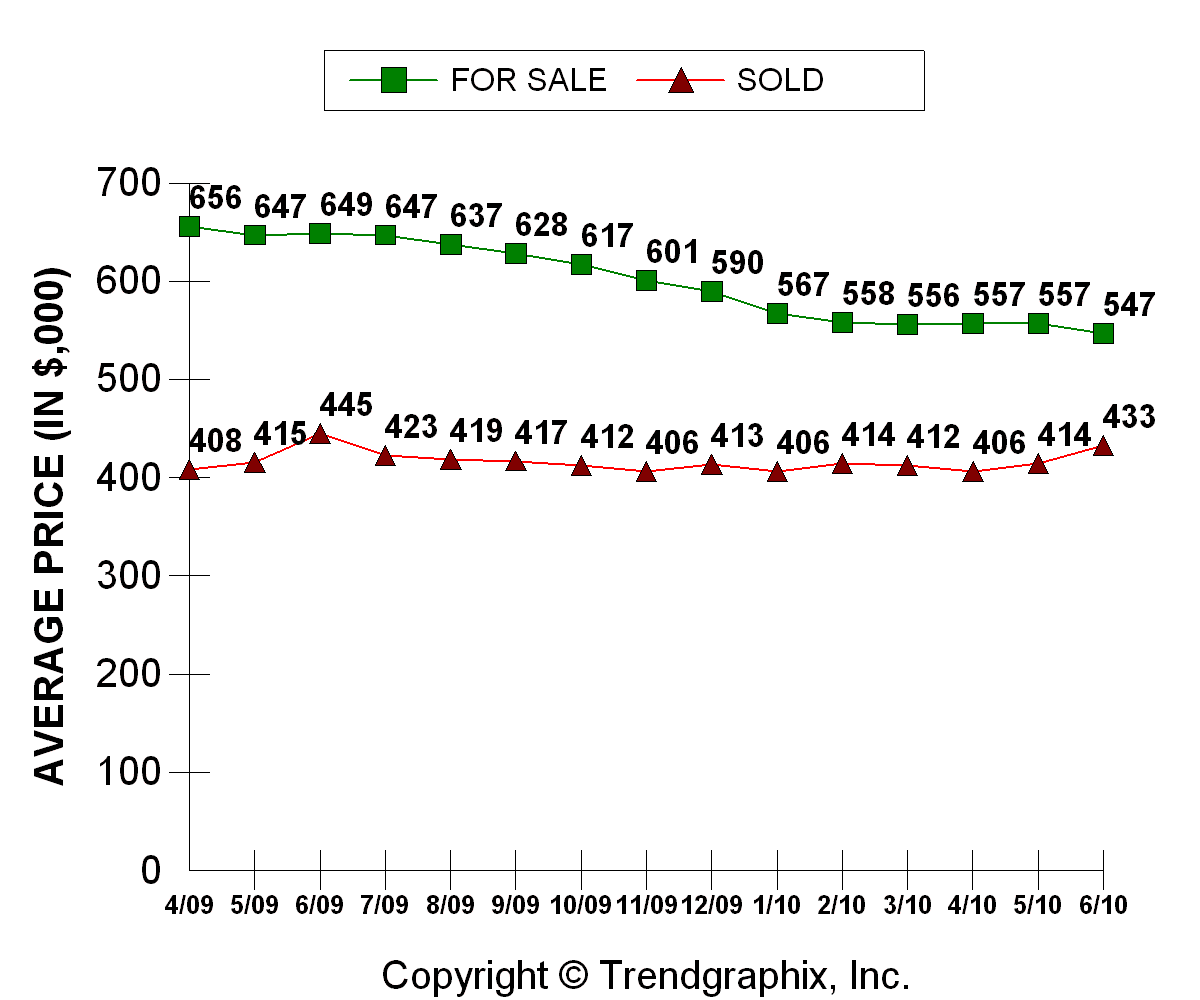 Average Consecutive Days on Market went up just slightly to 97 days.  They've dropped to new recent lows over the past 2 months I'm sure due to the credit.  Now that those homes have closed, it will be interesting to see if they head back up to 100+ days or not.  My prediction is that market time will increase, especially given the new influx of inventory.  HOWEVER, remember that your home does not have to take this long to sell if it is marketed and priced correctly from the get go.  These are just averages, after all.

Also, you can see that the Sold Price as a percentage of the Original List Price is at 93%, down from 94% in May.  I'll keep a close eye on this because it could decline if prices do get pressured lower. 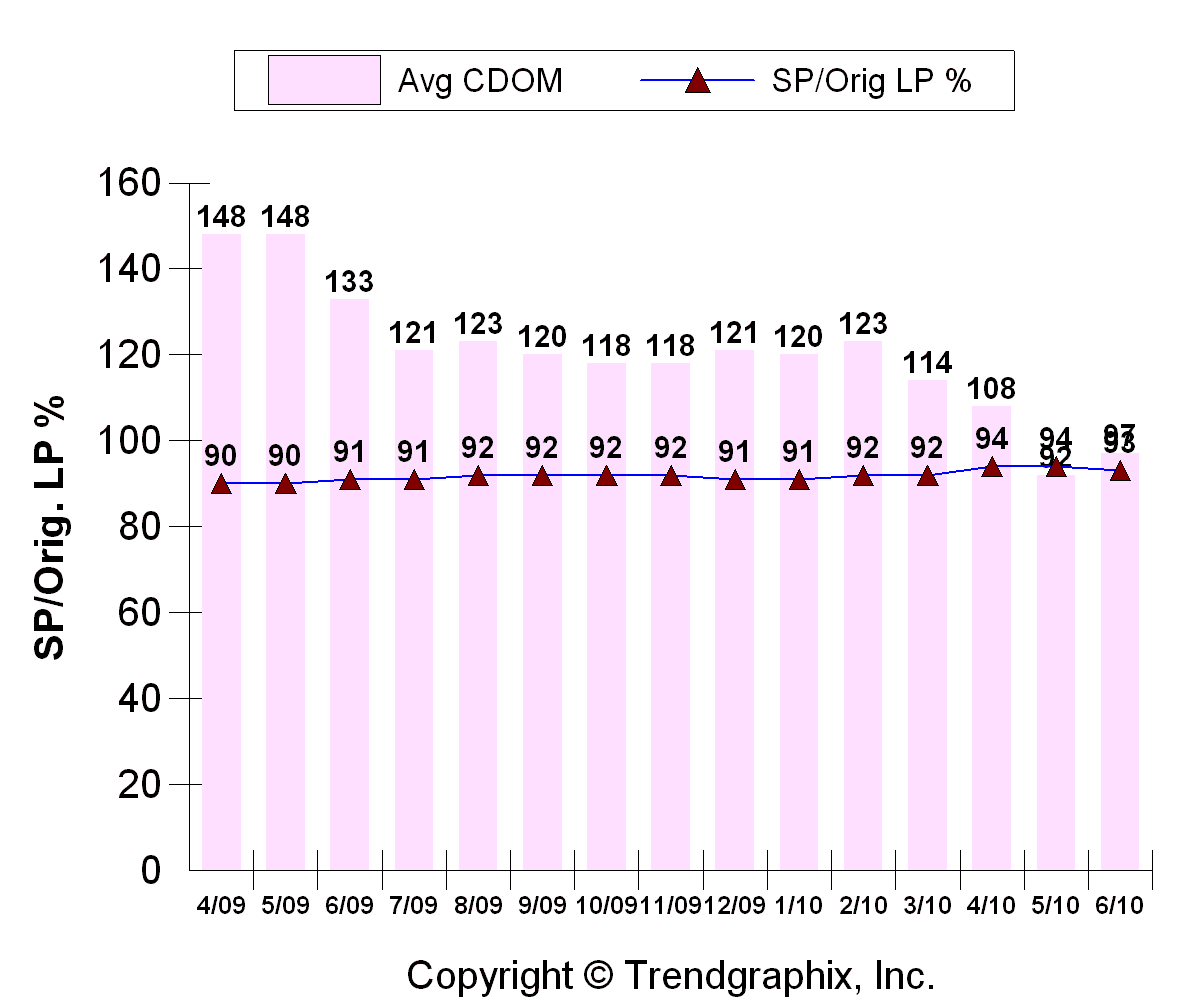 Months of inventory is still doing ok at 6 months, but that is up slightly from 5.8 in May.  If inventory does start to lean the wrong direction, this chart will head back up to the recent highs.  I really would like it to stay in the 5-6 month range which would mean a nicely balanced market between buyers and sellers. 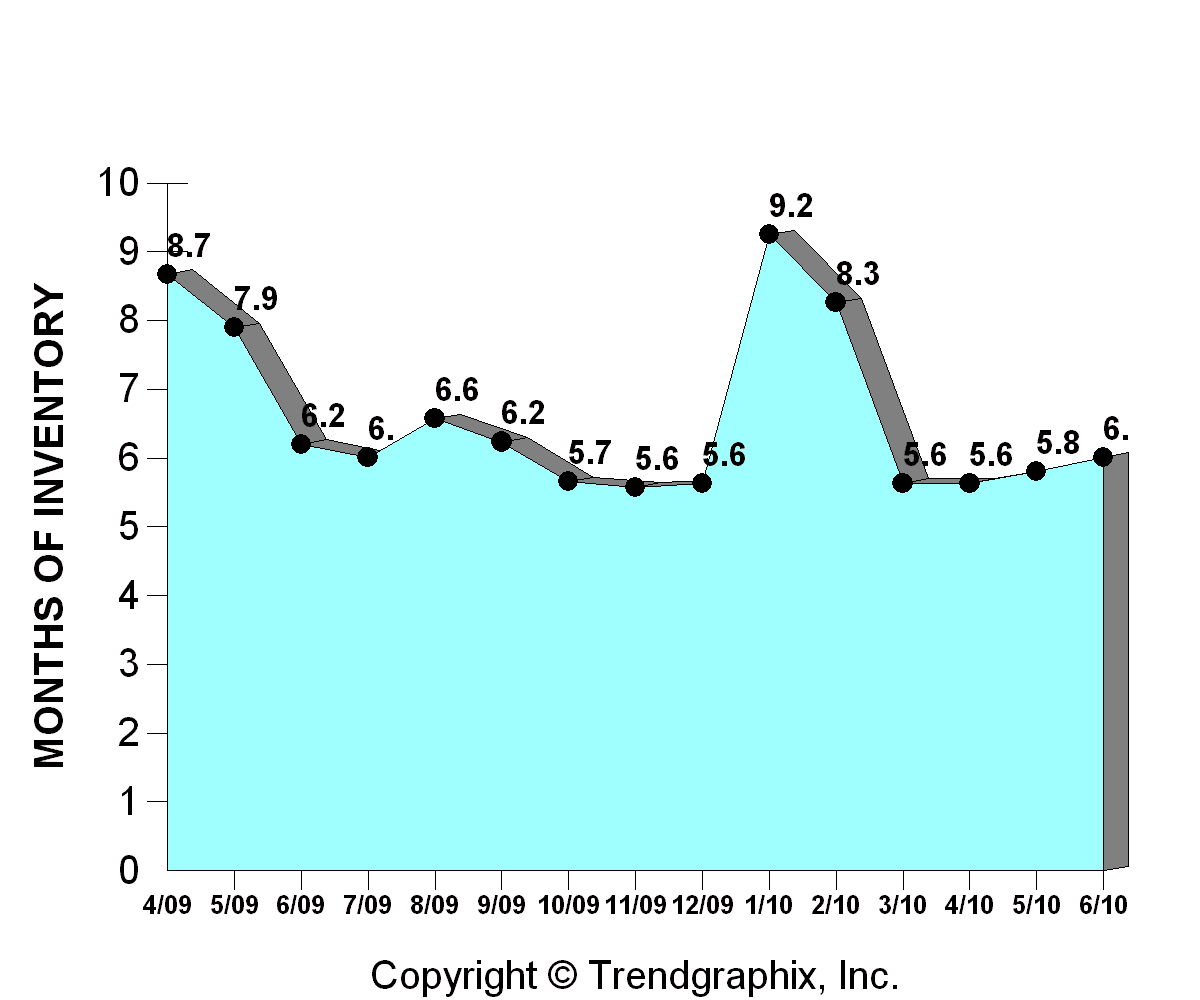 Now that most of the tax credit sales have closed as of the end of June, we will see how the market fares with one less outside influence.  There could be another downswing or the amazingly great interest rates could light a little fire under the market.  Obviously, it's hard to predict and there are no guarantees.  Most likely, I think we're going to continue to stay in a fairly flat range for quite a while, and that's probably the healthiest thing to continue to clear out all the excesses in the system.