Let's jump right into the stats for King and Snohomish Counties combined for October…  Active listings decreased 5.3% from September but are up 7.4% from October 2009.  Pending sales are up 13.2% from September but are down 10.9% from last October.  Closed sales declined 5.9% from September and also declined 32.4% from last year at this time.  Active inventory generally starts to ease this time of year so that's not surprising.  The increase in Pending sales in October also seems normal as many buyers get under contract and want to close before the holidays and the end of the year.  It is a little surprising that the closed sales decreased in October, especially in conjunction with the increase in pending sales.  October is generally one of the busiest closing months, but the decline in closed sales may be a factor of longer lender closing timelines.  Sales are happening, but sometimes they are taking a little longer than planned due to some tighter lending standards. 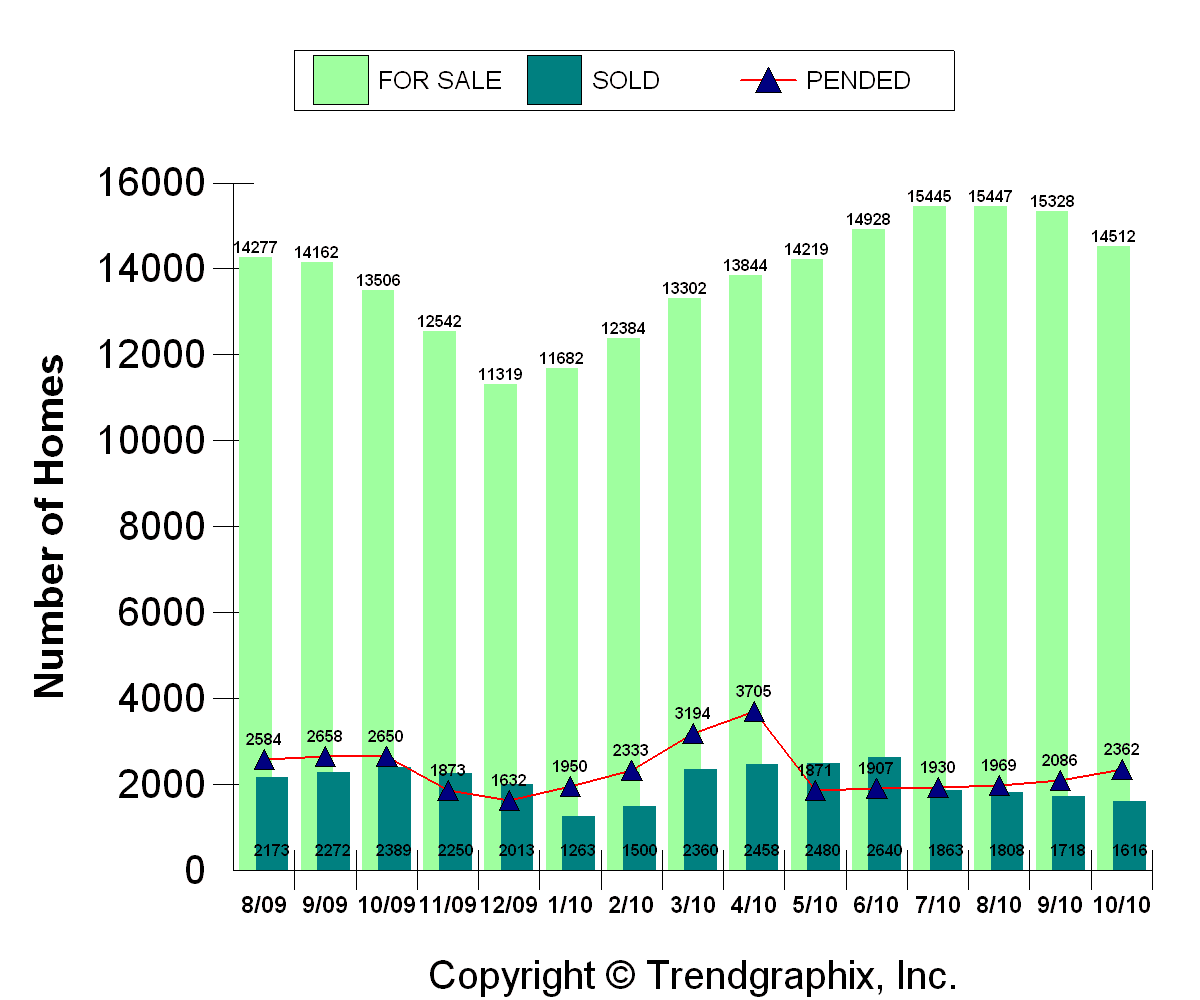 Average sales prices declined slightly to $413,000 and $188/sqft.  That's down a couple of percent since last month but all in all, prices have been fairly steady for the past year. 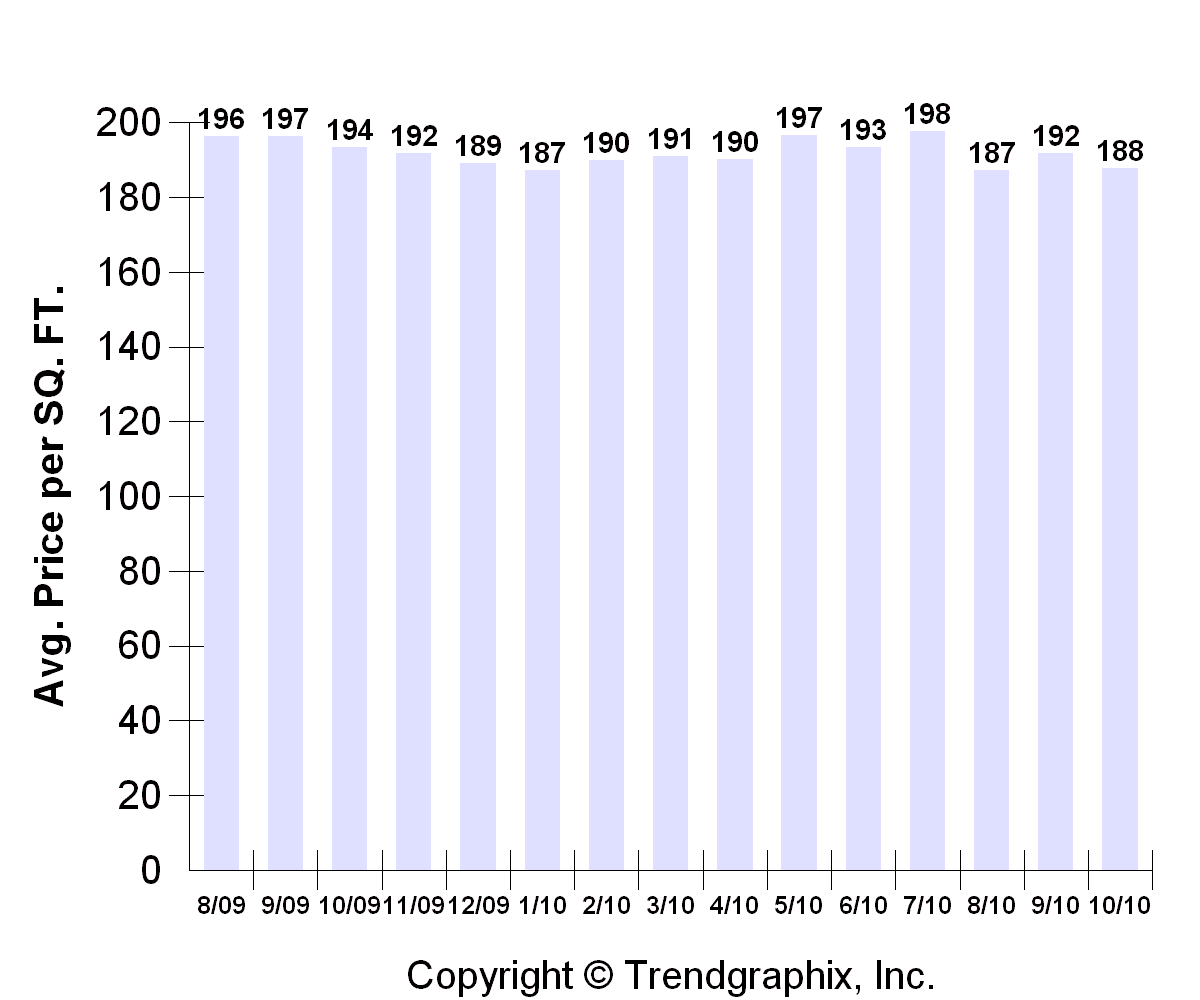 Average Consecutive Days on Market increased from 102 days in September to 110 days in October, a 7.8% increase.  That is still less than the 118 days last year, however.  The Selling Price, as a percentage of the List Price, held steady at 91%. 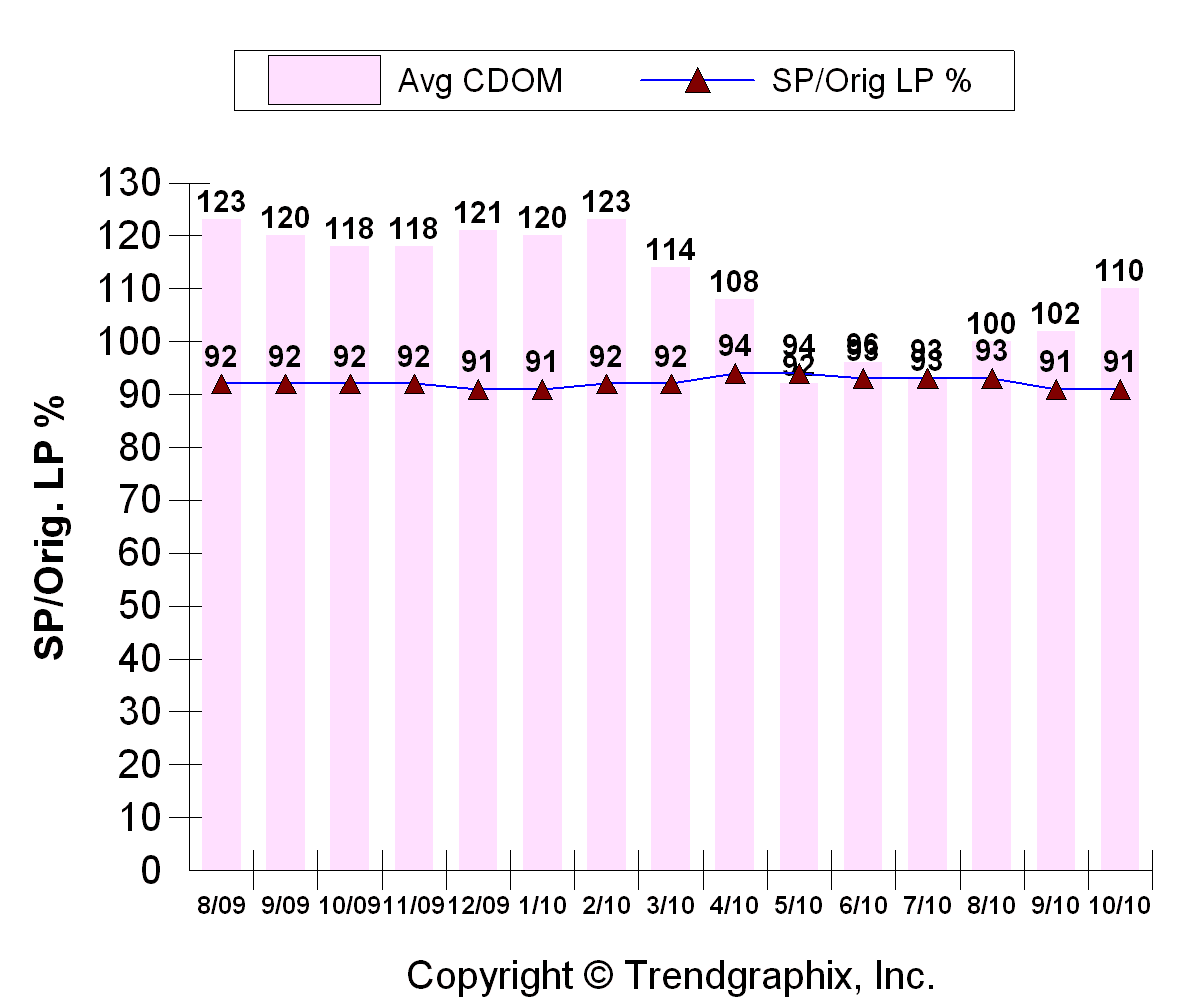 This last chart shows that the Months of Inventory held pretty stable from last month by only rising slightly to 9.0 months.  Unfortunately, this is almost 60% higher than the 5.7 months registered last October.

To recap the October data, I would say that much of it conforms to the usual seasonal cycles that we see every year.  The good: Prices are holding relatively steady, pending sales are moderately increasing every month, and while inventory is high, it is not spiking out of control.  The bad: Closings decreased from last month while I expected them to slightly increase, days on market are getting longer again, and inventory levels are holding steady near recent highs.

On that note, have a great rest of November and check in again in early December!